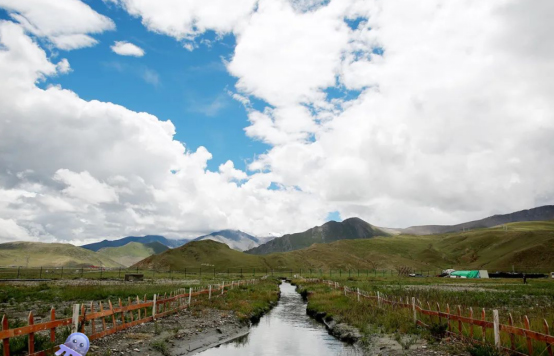 On August 14th, Chen Ronghua, President of Sunrain Group, came to Sunrain Lang Kazi County Solar Central Heating Center to visit the "preparation" work for the 2020-2021 autumn and winter heating season that will begin in September. 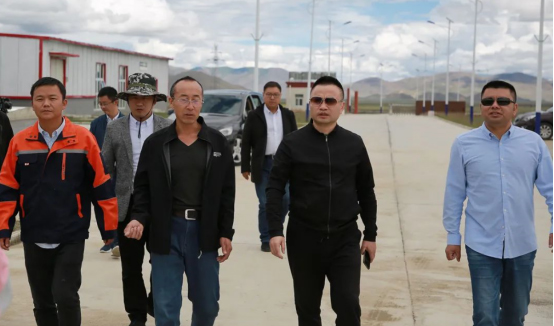 Langkazi County belongs to Shannan City, Tibet Autonomous Region, with an average elevation of 4,500 meters, making it the highest county in Shannan City. In 2017, in order to actively explore and promote the application of solar thermal technology in urban central heating projects in high-cold and high-altitude areas, the Housing and Urban-rural Development Department of the Tibet Autonomous Region decided to launch a solar central heating pilot project in Langkazi County. Sun Rain Group successfully won the bid and undertook the construction of the project, and realized heating in December 2018.

The project uses the most advanced high-efficiency large-scale flat-panel solar collectors in the world. The contour area of a single flat-plate collector is 15 square meters, and the total heat collection area of the entire project is 22,000 square meters. The heat storage body adopts a large-scale artificial heat storage tank design with a heat storage volume of 15000 m³ and a total area of about 180 mu. It can benefit more than 6,400 residents of the county. 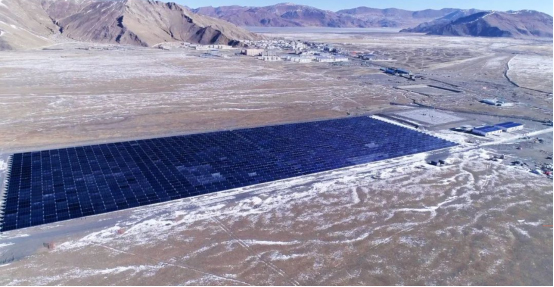 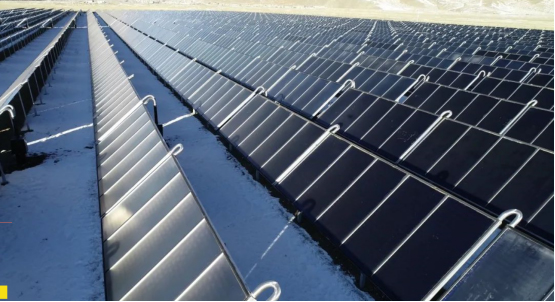 According to on-site engineers, the project will be implemented in two phases, which can meet the heating demand of 156,000 square meters in Langkazi County. At the same time, it can also realize the supply of hot water during the non-heating period and the supply of clean water throughout the year.At the same time, in order to understand the real experience and feedback of local users on the operation of the system, Mr. Chen and his entourage came to the homes of some users in Langkazi County for a return visit. According to users, in the past two heating seasons, the room temperature was generally above 16 degrees when the system was running, and even reached above 20 degrees in a well-sealed condition. Due to the special natural conditions, calculated based on the heating period of 8 months, the operating electricity cost of the heating area is controlled at about 2 yuan per square meter per year. The advantages of cleanliness, economy and efficiency are outstanding. 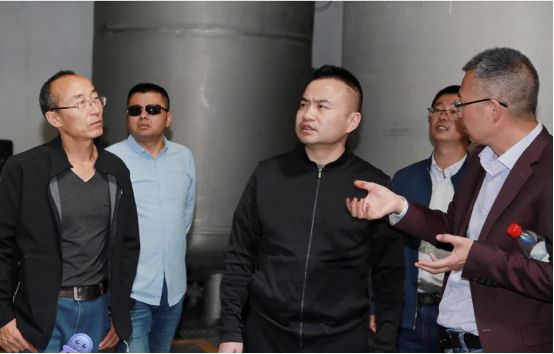 The construction process of Langkazi's large-scale solar central heating project is full of difficulties, and the technologies and products used are widely involved in China, Denmark, Germany, Finland and other countries at home and abroad. Built in 2018 with the joint efforts of Chinese and foreign expert teams, it was the world's highest solar district heating project at that time, achieving a breakthrough from 0 to 1 in China’s solar district heating project. It is also the world’s advanced technology exchange, The master of integration. The   project has realized 100% solar heating throughout the heating season, and is the world's first large-scale solar central heating project with a 100% actual solar operation guarantee rate.

Today, the project has achieved good operating results in the past two heating seasons. In addition to the Langkazi subproject, Sunrain Group also completed the largest and larger-scale solar central heating project in Zhongba County in the world at the end of 2019, and the third project is also under construction. 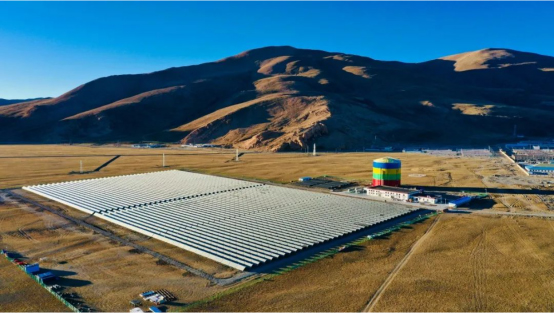 Starting with the project in Langkazi County, Sunrain Group has successfully taken a new path for clean heating in plateau areas, which not only helps to improve the livelihood conditions of the people in Tibetan areas, but also truly ends the history of Tibetan people relying on burning cow dung for heating. It is of great significance to protect the ecological environment of this "pure land of snow".